Daniel Schultz is a young successful commercial photographer in Adelaide. He kindly gave up his evening on Thursday night to tell us a little of how he came to his career, what sort of work he does and how he has created some of his impressive images.

Dan began working in a cycle shop, a long way from photography. This expanded to working part time in both the cycle business and in a wheelchair manufacturing concern. Somewhere in here he and his partner had their first child. Obviously now there was a strong need for photographs. He started recording family history using a simple camera. However, several of his images piqued the interest of those who saw them. He was encouraged to pursue his art. Before he knew it he was on his way to commercial photography. An established photographer took him on in a part time capacity while he was still working in the wheelchair business. Then as his experience and client base grew he launched Sweet Lime Photo.

When asked what equipment he used he said he has two cameras, both Canon 5Ds, one Mark 3 and one Mark 4. These are teamed up with three Canon zoom lenses (16-24mm, 28-80mm, 70-200mm) and one Canon 100mm prime lens. His workflow is Lightroom for all the initial “post work” followed by Photoshop for final tweaking. 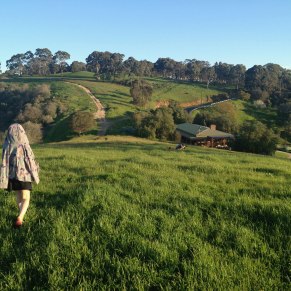 The aim was to promote a motorised wheel chair. This is the setting Dan used 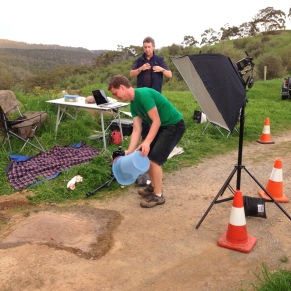 The setting needed to show it could handle all terrain. So in the middle of summer, Dan needed to create a puddle – with 60 litres of water 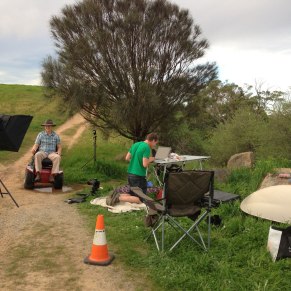 Checking the images on the laptop 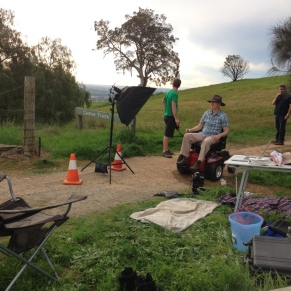 The final set up 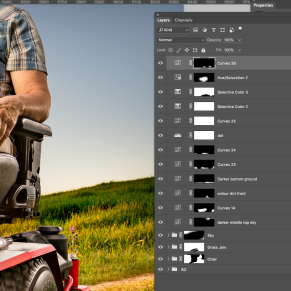 Adding adjustment layers to the images – there are lots of them – the sky, the path, the chair details, star burst on the light….. 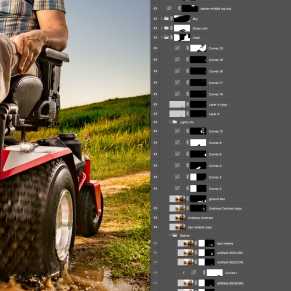 The final shot with all adjustment layers, panoramic background (there we many shots stitched to make that), the sky (clouds from another shot) – as it appears on the product site.

The image sequence above highlights Dan’s workflow for a product shoot for a motorised wheelchair. Click on the images to see full captions

Dan makes heavy use of the layers capabilities of both software packages. Final images commonly make use of anything up to 60 layers. He illustrated his process by taking us through the creation of an advertising image for a new motorised wheelchair. The background was a panorama of multiple vertical images stitched together. Each of these was the HDR result of combining several exposures of the same shot. This panorama overlaid with a shot of the wheelchair and rider was then worked on using layers to dodge and burn various small portions of the image to enhance shadow and highlight detail and to introduce water splash and reflections.

Not only was Dan’s talk enlightening and instructive it was fascinating and a good night out. We are indebted to Dan for the very open way in which he took us into many of his secrets. I now need to settle down and practice what I saw.

This entry was posted on 30/10/2016 by ChrisS. It was filed under Blackwood Photography Club News .