A dedicated bunch of BPC members took up the challenge again this year. It’s been a fun ride and most of the participants managed the full 31 days.

If you look through our flickr group it looks like Heather, Jen, David, Eric, John, James and I managed to post at least an image a day. Kerry came close, and we had a few images from Gloria, Ann, Helen, Terry, Howard and former member Hilary.

So what did we see? Well first we had a huge variety of images, following of themes, a bit of image manipulation, some of our photographers rediscovering their photographic passion, and a bit of repartee between us in the comments. I’ve picked what I think are the best of each members images and a comment on what they gave us. You may not agree with my choices, but you’ll probably agree it’s been fun and entertaining for the observer. 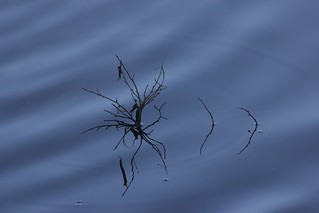 Let’s start with Heather, who gave us a selection of wildlife, birds, travel photos, Christmas food and drink (love that Quinta Ruban!) and observation. No theme per se, but Heather looks to have had fun. What’s more, Heather didn’t confine herself to her dSLR, but use her iPad and a compact as well. For me, the image above was quintessential Heather – simple and effective imagery. 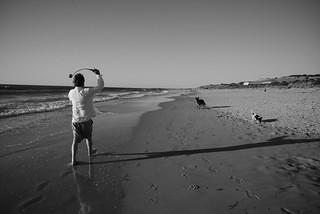 Next we had Jen exploring themes of photographic composition, often using simple objects and simple lighting. There were some powerful images in there that merit a serious look – like the 3 rocks and the almost monochrome sea urchin on a black background. Jen has a very good eye for composition – so watch out in this years competition everyone! Jen I think takes out the award for comment discussions. I direct you to one image as an example and you be the judge!

Kerry took part for most of the 31 days (actually, all of them I think, but she didn’t post them all on the BPC flickr page), and seemed to explore a lot of food! Not a problem really, as we all like it, and I was half tempted to visit and inspect the pantry! You’ll have to look at her photo stream to see her images as I can’t embed the images here directly. Never the less check out her Monarch Butterfly Caterpillars and her Dump Trucks to see what I mean. 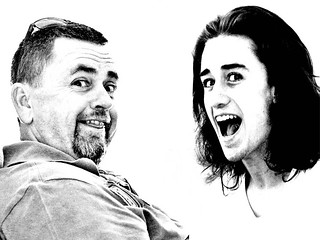 David worked at giving us an image a day from his secret hideout south of Adelaide (we can’t tell you where or he may have to silence us!). David presented us with an fascinating array of still life, images from the hideout,  and garden images, often manipulating the images to add something new. For me, Father and Son, (although not fully representing the body of work) showed us David’s wit and talent. But don’t overlook his artistic work either – Argive Abstract is one not to miss. 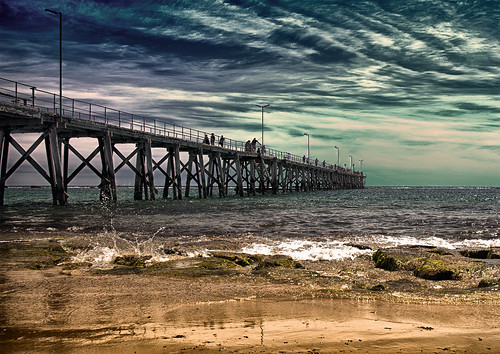 Now on to Eric. Never stuck for a word or a witticism, Eric produced some excellent work demonstrating clever manipulation in camera, around the camera, in processing and outside the camera. Check out Friction Grater as an example. That’s comes from lots of practice and experience. But for me, Year End was a stunner that should not be missed. 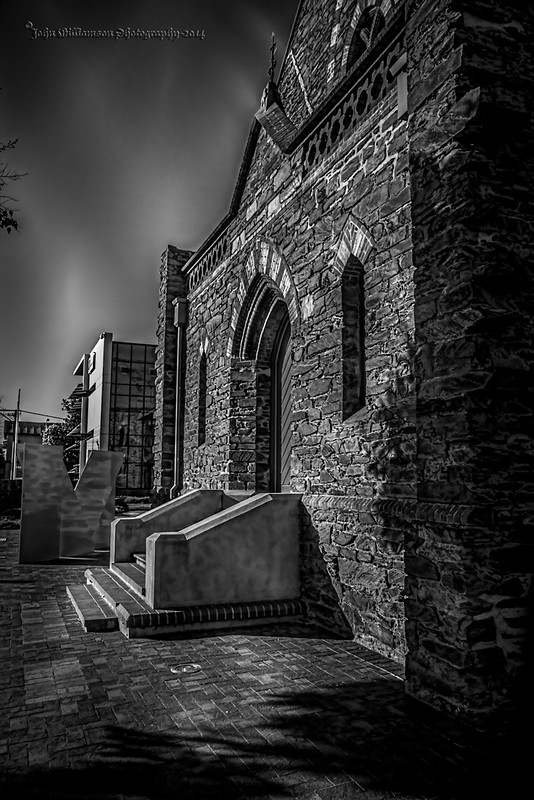 Our newest club member, John, participated in the process enthusiastically – both as commenter and photographer. Although a long time photographer, he commented to me “This challenge has whetted my appetite for photography again. Until it started my camera would have been lucky to have been out of the house more than once a month or so”. John’s stream of images shows his new enthusiasm with some great images of his favourite architecture (like the one above), but also exploring other ideas like panos (which he does very well – have a look at Base Running),macros and some clever textures. I’m glad you had a good time John and look forward to lots more images from you. 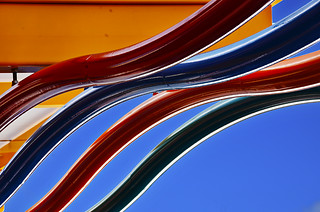 James again enthusiastically took part in the Challenge, even incorporating a Best of 31 Days commentary on his new Camera Clips page. His images of course show his experimental and strong visual style. The image above is one that is shows a powerful awareness of that style. It has shades of Robert Capa’s “If your photographs aren’t good enough, you’re not close enough”. How many of you see beyond the obvious? James of course gave us his bird and insect shots, but I think his abstracts are some of his best images. 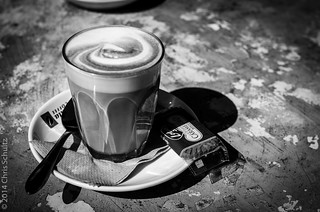 Finally, there was me. I spent a bit of time trying different things like only using one prime lens a for week (I succeeded), experimenting with mono treatments of images (like the one above – check out it’s colour cousin), wide angles, abstracts, and memories of lost relatives. It was hard work at times – as work and other things again got in the way. But the capture of a daily image or two to share was very satisfying in the end.

So there you have it – an interesting journey for all of us. Please visit the club Flickr page and see what we’ve done. We’ll probably hold another mid-year just to try something new. 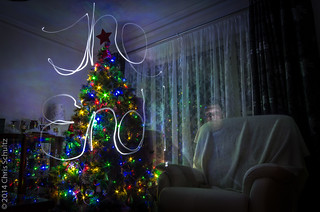 This entry was posted on 03/01/2015 by ChrisS. It was filed under Blackwood Photography Club News, Challenges .