A rental property in the heart of Robe.  The house was very comfortable and provided all the amenities we required.

Where we went and what we saw

Small groups headed in various directions on Saturday morning to see what was interesting around the town of Robe.  Beacons Hill Lookout, the Boat Harbour and the Main Street to name a few spots. Along with photographs being taken a few tried out the local coffee shops.  What a relaxing way to start the weekend.

In the afternoon many ventured to the Boat Harbour but it was quite windy so it was decided to move on to the Obelisk and surrounds.  Although the wind was chilly it made for some wonderful photo opportunities of the coastline and the waves crashing on the rocks.  Chris Schultz wandered off the track and headed to the cliff edge to see what other images he could come up with.

Ray and Julie took a few minutes to visit the Royal Circus and Customs House, now a small but very interesting Maritime Museum.  The caretaker told us that the town fought to stop the historic old building being knocked down.  Thank goodness another piece of our history was saved by local intervention.

On our way back to the house they also visited Mahalia Coffee where the master roaster  of a vast range of coffee beans prepares and sells his beans and ground coffee. Coffee and other local produce was purchased.

Saturday night a selection of salads, both hot and cold, were provided by various members and the steaks, chops, sausages and chicken were grilled to perfection on the bbq.  Dessert for those that felt inclined was blackberry self-saucing pudding and yoghurt (oops, forgot the ice-cream).

This was followed by an evening that was relaxing to the body but tested the brains of all the guests.  A game of lateral thinking, quirky questions for you to ponder and mysteries to solve.

Beachport today, about a thirty minute drive from Robe.

The first stop for some was the Woakwine Cutting, an area that was once just swamp and had been cleared and drained to create beautiful, lush grazing area for some of the best Hereford cattle in the district.  A shower or two of rain fell but not enough to stop us looking around.

Upon arriving at Beachport we noticed a large group of people gathered adjacent to the jetty.  This evoked much discussion about whether they were there to scatter someone’s ashes off the jetty. As we watched with interest from the Jetty Café across the street, we were told it was not a wake, but the Blessing of the Fleet to open the fishing season.

Following morning tea at the Jetty Café we again broke in to small groups and wandered around the wharf and township to see what caught our interest.  We all met back at the bakery for lunch and a chance to compare stories of what we had seen and done.

Mid afternoon several of us headed out to do the Bowman Scenic Drive after a slight hiccup which took us out of town.  Once on the right track we discovered more areas of rugged coastline and some interesting rock formations caused by tidal movements and erosion over many, many years.

Late afternoon on the way back to Robe a few detoured into Little Dip National Park, in particular to the Little Dip Surf Beach.  Once again the rock formations and choppy seas provided some interesting subjects.

Another BBQ that night and a relaxing chat around the table.  A few of the members decided to take advantage of the full moon and headed down to the harbour for some night photography.

Our last day saw us all up bright and early for breakfast and packing up.  We were out of the house around nine so stopped off at a café in Robe for a cuppa and to decide our movements for the trip home.

Some wanted to see more of the national parks on their way to Kingston.  For the rest of us the first stop was Wangolina Station Winery.  It was a bit early for wine tasting but the owner was happy for us to wander around all the old sheds and outbuildings.  Jenny spotted a huge flock of black cockatoos in the distance and a couple of kangaroos.  We were then told that a short time before we arrived there had been about 60 kangaroos in the nearby paddocks.

From there we moved on to Cape Jaffa, where the lighthouse once stood.  The first thing we noticed was the very strong smell of fish.  Understandable when it is a popular fishing spot with the locals.  A quaint old jetty and more of the rugged coastline provided some interesting photography subjects.

Our last port of call was Kingston where we visited the the Cape Jaffa Lighthouse in its new home opposite the foreshore.  A quick drive across town brought us to the Big Lobster, a well-known tourist attraction.  It was there that we met up with the other members and all sat down to lunch.  Eric and Rhonda Budworth had already headed for home to beat any holiday weekend traffic into Adelaide but the rest of us congregated around the ‘Lobster’ for one last photograph before we all wended our way back along the Coorong and home.

The accommodation was good, apart from a few little issues and the weather was overcast but kind to us from a photography perspective.  A sincere thank you to all who participated and for the spouses who also joined in the experience.  Thanks also for the various contributions of food and drinks.  We hope everyone had a great time and we look forward to our next trip, wherever that may be.

Two questions to ponder from the weekend away….

To find out the answer to these and many other questions join us for our next exciting adventure!

This entry was posted on 28/10/2012 by ChrisS. It was filed under Blackwood Photography Club News .

James Allan – From the Clifftop 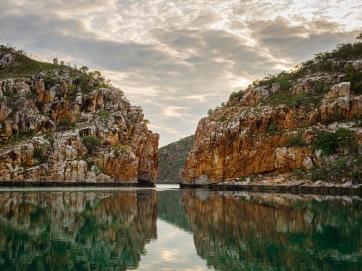 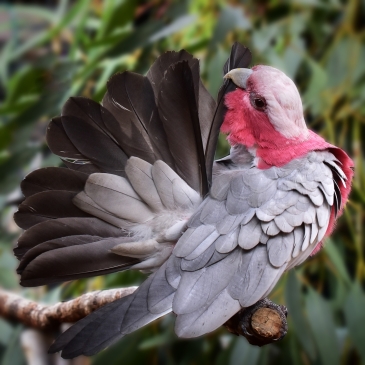 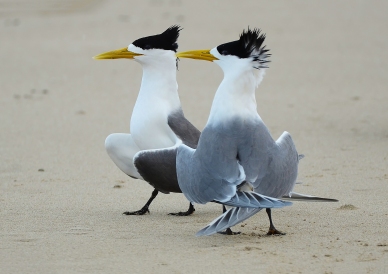 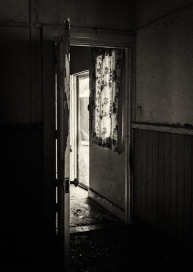 Judy Sara – Through the Doors