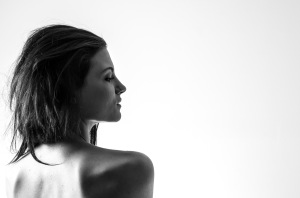 Movie Stills. We’ve all seen them – those classic images that entice us to the movies, inspire our photography, fire our imagination and lead us to into another world. The challenge arose after some of us recalled some brilliant work from Cindy Sherman’s book entitled “Untitled Film Stills“. These were not real movie stills, but images that could have been inspired by film noir, and Italian neo-realism (see the reference in Wikipedia)

Well sadly, it seems not many people at BPC understood the brief! The complaint came from the floor that it was too hard. Que? No matter – we still had a few interesting images pop up on the night. Cindy may even have liked some of them!

Judge Keith Seidel helped us out enormously in several ways. First, he was a last minute judge as the original judge couldn’t attend. Thanks so much Keith – we appreciate the effort.
Then, Keith did a superb job of judging the works on offer with constructive, well thought out commentary and criticism. It was a pleasure to stand out the front hanging the images for Keith to evaluate – and having a bit of banter with him along the way (something our little band of renegades is noted for).
As he commented to me afterwards, our work was good, and he was forced to hand out more 10s than usual.

So what about the movie stills? Well there were only two prints in that category (and I’ve put one of them here). There were a few more in the digital section (just 7), including a clever Lego version of Jaws by Dean Johnson. As for the rest – some great Open category images including Helen Whitford’s “A Screeching Halt” triptych and Jo Tabe’s “Just a Short Tail”.

Head over to the Top Prints and Top Digital section to see who scored well.

This entry was posted on 15/08/2014 by ChrisS. It was filed under Blackwood Photography Club News, Competitions .